Klamath Falls Meth Problem is a Thing of the Past 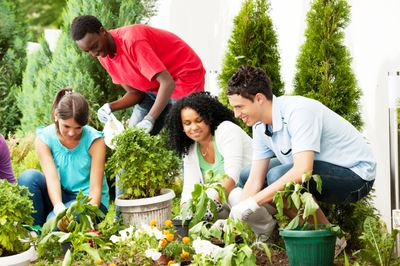 Drug problems in Klamath Falls have been a community issue in the past highly related to meth, but it's important to understand the Klamath Falls drug problem is part of a much bigger drug epidemic in the state of Oregon and across the nation. Meth, short for methamphetamine, is a highly addictive central nervous system stimulant. In recent years, meth-related overdoses have been increasing across many demographic groups in the United States.

The State of Oregon has been hit hard by the methamphetamine epidemic plaguing the country. Oregon's rate of meth use is 76% higher than the rest of the country, which has led to an increase in related deaths.

The methamphetamine epidemic is much larger than the local community, its affecting the entire region at a large scale. While this is the case, the Oregon Health Authority (OHA), in collaboration with Oregon/Idaho High Intensity Drug Trafficking Area, is working with public safety and public health partners to implement ODMAP - a real-time suspected overdose surveillance data system to mobilize an immediate response to a sudden increase in overdose events in local communities.

What is Klamath Falls Doing About the Drug Problem?

The local Klamath Falls community is specifically targeting the drug problem as a top priority starting with the Healthy Klamath coalition, a community-based effort to improve the health and well-being of Klamath County residents. This also includes effective promising practices that are in place in Klamath Falls to support successful programs, practices, and policy changes as it directly affects the public. Using this type of information to work together toward a healthier community has led the City to being a part of the Blue Zones Project improvement initiative designed to make healthy choices easier through permanent changes to a City's environment, policy and social networks.

What Klamath Falls is Known for Now

The City is known for being surrounded by scenic wilderness, clear blue sky, and an abundance of year round outdoor recreation, making it more than ideal. One of the results of the Blue Zones Project initiative has led to over 600 acres and 26 parks in Klamath Falls that are now smoke-free. Additionally, Klamath Falls has outperformed rural Oregon well-being trends since 2015, seeing 11.8% fewer health risks than expected if the community had followed state trends. The continual education and community efforts in Klamath Falls are driving toward a healthier local community, which is naturally resulting in less drug problems and a safer place to live.