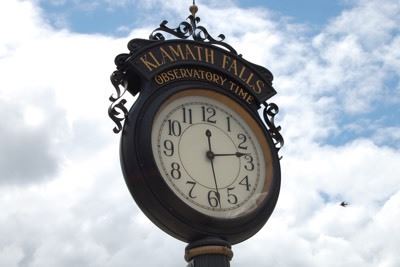 By 1843 the westward migration on the Oregon Trail was picking up steam and it would be only a few more years or so before a settlement in the Klamath Basin would begin. The Town of Linkville was formed at the mouth of the Link River by George Nurse in 1867. In 1893 the name was changed to the town of Klamath Falls and would eventually be incorporated as the City of Klamath Falls by the state legislature in 1905. Also in 1905 the federal government announced it would fund construction of the Klamath Reclamation Project that became operational by 1906.

Klamath Falls was known for its forests and rangeland but the region was far too remote from major markets to make money. In 1909 the Southern Pacific Railroad arrived in Klamath Falls and the money came rolling in. In the 1920s Klamath Falls was the fastest growing City in Oregon until the Great Depression of 1929 brought the lumber boom to an end.

For a more detailed history of the Klamath Basin, please view information via the Klamath County Museum.

Located in the south central region of Oregon and bordering northern California, Klamath Falls sits on the southern shore of the Upper Klamath Lake, nestled in the Klamath Basin on the eastern slopes of the Cascade Mountains. Klamath Falls enjoys nearly 300 days of sunshine each year. The City of Klamath Falls has an urban population of approximately 42,000.

Steeped in history, the area offers an outstanding array of natural and cultural wonders. Just sixty miles south of Crater Lake, and seventy miles north of Mt. Shasta, south central Oregon is unsurpassed for beauty and diversity of activities. Klamath Falls offers a variety of outdoor recreation such as cross country skiing, golfing, fishing, hunting and canoeing. It is known for its splendid bird watching and is the home of the highest concentrations of bald eagles in the Pacific Northwest.

It also offers a plethora of arts and culture with numerous antique shops and museums along with plays and musicals. Visitors can ride the downtown Trolley or follow the Old Town Historic Walking Tour. 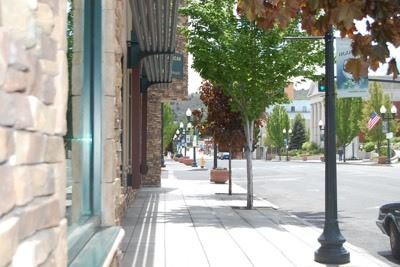 Klamath Falls has experienced a new boom in the past few years with several large housing developments being built and many new businesses locating in the area. Major local employers include: